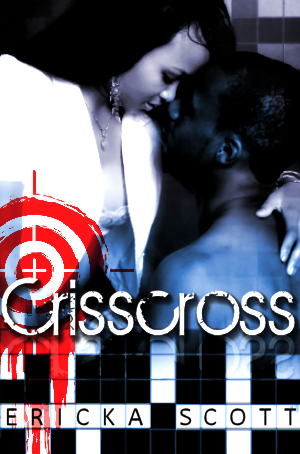 Crisscross (noun): A web of deceit entangling a bestselling author and her small son, two ex-lovers, and a killer with a knack for cruciverbalism and a thirst for revenge.

A psychic, and skeptic, and serial killer…

Lia Morgan has seen portents and signs since she was a teenager; however, few people believed her, including her own family. Although estranged, Lia travels across country to aid in the search for her missing sister, Sylvie. What seems to be a simple case gets complicated fast when Lia discovers her sister had a plethora of secrets, including a small son. Is her sister running from an impending paternity case like the police assume, or is her disappearance the work of a serial killer as her friends suspect?

An anthropologist and crossword puzzle fanatic, Jared Trimble is a packrat with a PhD. His world is grounded in the here and now, with no room for paranormal mumbo-jumbo. When Jared’s asked to work as a consultant on a missing person’s case involving a series of crossword puzzle clues, he’s conflicted. One part’s thrilled. The other part is suspicious; worried he fits the description of suspect more than investigator. All that is forgotten when he realizes his ex-lover, Lia Morgan, is the missing woman’s sister.

While Lia follows signs and portents, Jared uses his wits and experience. When the two collide, nearly forgotten passions flare. As the final clue is revealed, the solution brings them both into the bull’s-eye of the serial killer’s target.

Talk about a fun thing to have during the week of my blogiversary. Kittling Book Reviews is featuring little ole me as this week’s Scene of the Blog.  The pics of my office are a little old, they were taken earlier this summer, but it’s still a pretty good representation […]

I am such an idiot.  I have the lovely Chloe Neill scheduled to be here today and I totally forgot to get her post up earlier this morning.  I am so sorry Chloe! Chloe is getting ready to release her first young adult novel, Firespell, which comes out January 5, […]

Just a heads up, I posted two separate contests for my followers on Facebook and Twitter. I received two copies of Joss Ware’s Beyond the Night, the first in her exciting new series, and I already have a copy.  So I’m giving them away in another one of my 24 […] 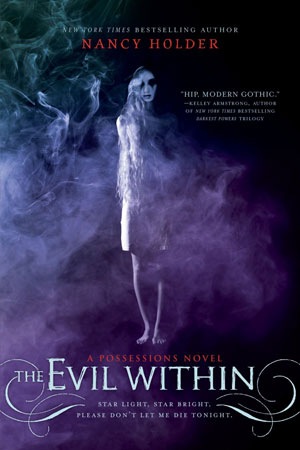 Fantasy Dreamer’s Ramblings has the cover for Nancy Holder’s second Possession novel, The Evil Within, which releases June 10, 2010. The first novel, Possessions, was released earlier this year in September.

Anya Bast has posted an excerpt for her upcoming novel, Wicked Enchantment, which I can tell you is fabulous. You really should check it out.

Lauren Dane has posted another excerpt for her upcoming novel, Coming Undone.

Meljean Brook shows some excellent book pron. It’s definitely worth a trip over to the dark side to see these NSFW images.

As usually, I’m way behind on announcing winners. I keep saying I’m going to get better but then life happens. Now that I’m running two a week (generally), I’m going to start announcing winners over the weekend, that way I can do both at the same time. However, this week, I get to announce four different winners. So let’s get this puppy going.

I didn’t really celebrate last year, but I’m going to this year. LE is two years old and I can hardly believe it. What started out as something to keep my mind occupied while staying home with the monkey (he was 10 months old at the time), has evolved into […]

Blood Vice by Keith Melton (The Nightfall Syndicate #1) Mafia hit man. Vampire. The criminal underworld just got a whole lot darker. Business has never been better for hit man Karl Vance. Boston is awash in mafia blood, and Vance has a certain fondness for blood. He’s a master vampire—one […]

Man, where have I been? Seriously. Check out the cover Yasmine Galenorn has for her new Indigo Court series which starts out with Night Myst. I had no clue this was even coming and it’s going to be here June 29, 2010. Kim Harrison has unveiled the official cover for […]

Today, I get to welcome Tracy Cooper-Posey to Literary Escapism. Tracy is the author of Ningaloo Nights and is celebrating the release of Solstice Surrender.  As such, Tracy is giving us glimpses into Solstice Surrender (click here for the excerpt), so make sure you stick around after the contest and […]